ActoMezz IV: a single closing at more than €500 million

– Individual investments of between €5 million and €70 million

Paris (France), 29 June 2020 – Andera Partners, a leading player in unlisted investment in France and abroad, has completed the single closing of its ActoMezz IV sponsorless mezzanine fund, exceeding its initial hard cap of €500 million. This new fund, raised in record time despite the COVID-19 crisis, is the largest completed to date by Andera Partners and 60% bigger than the previous ActoMezz vehicle, which also saw a single closing above its initial hard cap in July 2017, at €315 million.

Investors in ActoMezz III showed strong support for the team and its strategy through a re-up of more than 110%. Ten or so new leading French and international institutional investors also backed ActoMezz IV and its sponsorless model of supporting management teams seeking to maximise equity stakes in their own companies.

The ActoMezz team has raised more than €1 billion in total over the last six years. Its funds target and generate an annual performance of more than 10% net.

Partner to executives in sponsorless transactions

ActoMezz IV’s investment strategy follows the tack that the ActoMezz team has successfully taken for 15 years, with more than 50 transactions and 34 exits to its name. The fund, which targets unit investments of between €5 million and €70 million, enables company managers to (re)take control of their company through the backing of a financial partner who provides them with all the know-how of private equity while leaving them in control of the capital. ActoMezz IV mainly targets French small and mid-caps but, like Andera’s other investment strategies, does not exclude cross-border transactions, in particular in the Benelux countries, Italy or Spain, all in the context of ambitious growth projects.

Stéphane Bergez, Co-manager of Andera Partners and Managing Partner of ActoMezz: “This fundraising, which comes less than three years after the closing of ActoMezz III, achieved its initial objective of €450 million in just 16 weeks before going on to comfortably exceed it, despite the lockdown. We are very proud to see a re-up of more than 100% of our existing clients for this new vehicle – and to welcome more major investors. This success is the fruit of a solid and consistent strategy that the same team has led with discipline and enthusiasm for 15 years and which is now recognised as unique in sponsorless mezzanine investment in Europe.”

Pierre-Yves Poirier, Co-manager of Andera Partners: “The success of the ActoMezz IV fundraising despite a difficult international context validates the strategy of Andera Partners, which has established itself as a leading platform for growth and consolidation in the private equity market. The progress of Cabestan and BioDiscovery, the firm’s two other ongoing fundraisings, reflects investors’ confidence in Andera Partners, which is consolidating its positions and organisation – particularly by constantly strengthening its teams. We thus apply to ourselves the same rigorous and ambitious growth strategy that we expect of the companies we support. This growth will lead us to raise more than €1 billion in 2020, firmly establishing Andera Partners as one of the biggest players in the market.”

The ActoMezz team has a track record of more than 50 transactions and 34 exits. Its main objective is to support and accelerate growth projects with a view to scaling up businesses alongside majority shareholder managers. ActoMezz’s portfolio currently includes companies such as:

Through ActoMezz’s involvement, many more talented executives have been able to acquire a controlling interest in the companies that they have managed for several years, such as HVJ, Prenax, Tournus and Travelsoft. 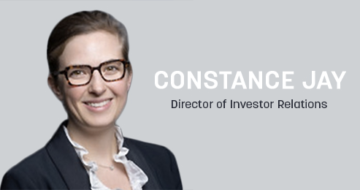